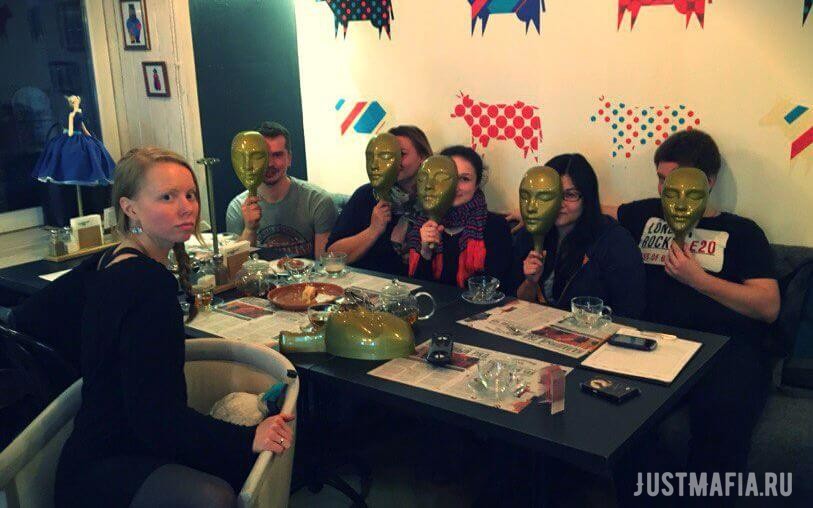 On a rainy Tuesday evening six courageous persons joined Kudrovo club to spend a couple of hours in a heartwarming atmosphere. The score after two Mafia rounds was 1:1. Both clans of mafiosi and citizens did a great job!

Let’s start from the beginning. In the first game we found ourselves on the beach. It was probably an attempt to forget about the nasty Kudrovo weather.
Dasha #1, a.k.a. « seller» was as sweet as an  cone. Nevertheless, other players started to suspect her soon, because despite being nice she was also a bit nervous. Yes, she was one of two mafiosi — and yet she managed to survive and win together with her smart partner!
Helen #2 took a chance to become a barman but this occupation immediately made her suspicious for a certain number of people. Oh, she knows everyone around, works nights and sells alcohol for poor victims to drown faster! Well, eventually she proved to be just a plain citizen, chasing her wild dream.
Daniil #3 was the first volunteer to save drinking tourists from the mishaps. A brave rescuer in red shorts and an enthusiastic citizen, Daniil did his best to save the day and make innocents win. He even improved his English, and that was quite a challenge!
Anna #4 and Roman #5 were the newcomers in the club. Moreover, Roman was a complete newcomer in English as well. That is why the main function of Anna that evening was to act as an interpreter, so she could level up both her speaking and translating skills. It was an exciting experience, so we hope to see you again, guys!
Alexandra #6 remained a travel agent even in her dreams. In spite of the high workload she managed to take a minute and join our game. It was not in vain, as she won together with Dasha as an artful mafioso. To Alexandra’s credit, nobody even suspected her till the very end of the game! 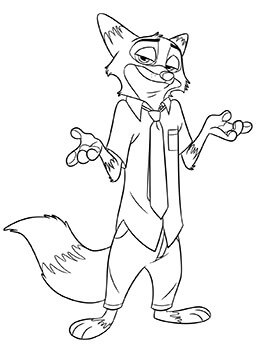 The second round flashed in less than no time. Perplexed with the easy victory of two Mafia girls, we decided to leave only one mafioso in the game. It happened to be Daniil, who became nervous and forgot all his improved English at once. That’s why his maleficent identity was instantly disclosed by Helen. The majority of players also noticed his unusual behaviour and voted against him on the first day. Daniil tried to object saying it was a deliberate plot, but he had no chance to escape. The justice has been served!

Dear friends, many thanks for coming! It was a real pleasure to meet newcomers and a pure delight to see experienced players come back again. Special thanks to the cafe and bakery Kalashnyj Ryad for hospitality and treat. Hopefully, we will proceed with our meetings, making it both useful and pleasant!
To be continued… 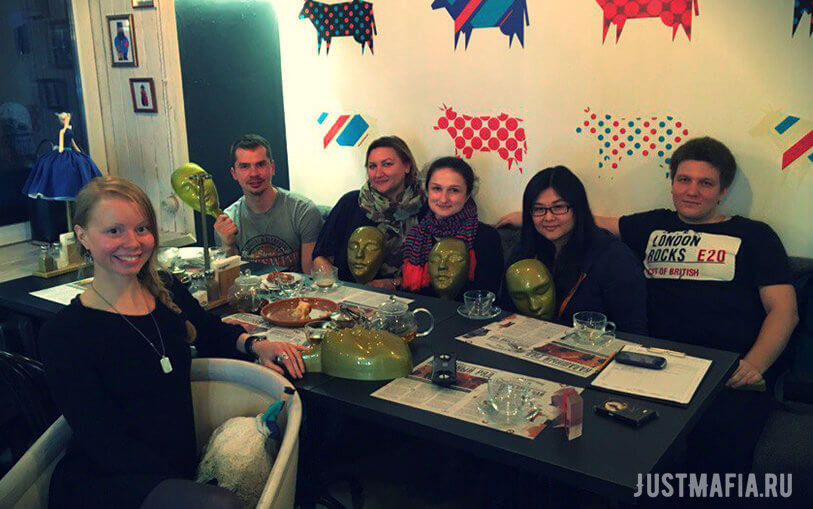