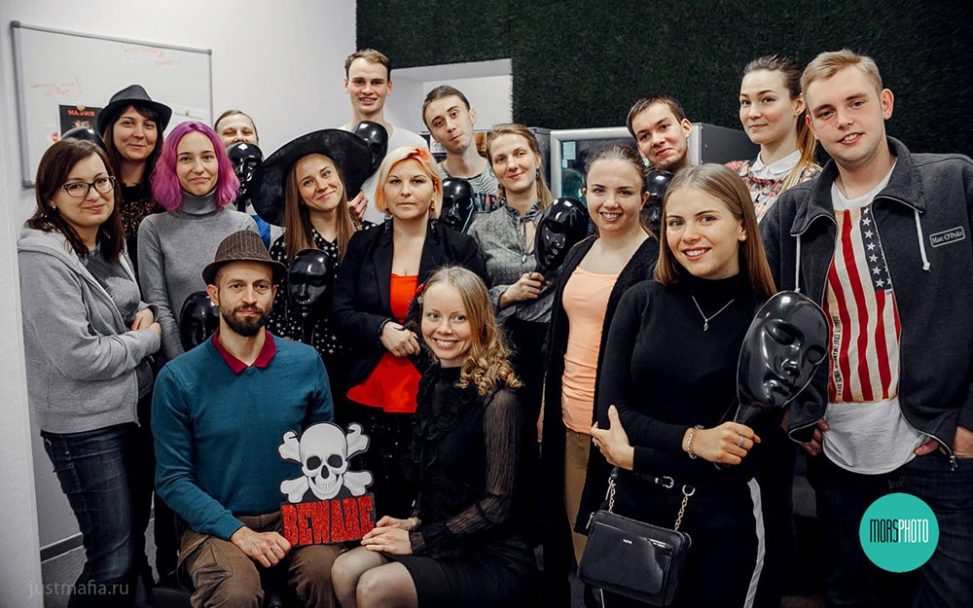 Anyone can play Mafia in English with Just Mafia.

This time it was proved by the students of the English school «Speak up». They were smart and willing to communicate even though their levels of English were different.

The game lasted for about two hours and each one of the 15 players had a possibility to speak out, share their thoughts and change the course of the game.

On the first game day players found themselves on the beach, trying to relax and have a party despite the fact that five mafiosi among them were waiting for a spooky night to fall.

The first player Dina introduced herself as a fish, which meant she was not going to talk a lot during the daytime discussion. This fact along with her sometimes illogical nominations seemed suspicious to the rest of the beach inhabitants. But the fish has never been really voted against and survived till the end of the game.

Margarita (number 2) was preparing to work as a primary school teacher in her real life and her appealing smile could discipline any kid but not mafiosi. She decided to become a mermaid in the game but unfortunately her peaceful policy and poor level of human language didn’t serve her well and Margery was executed by the citizens on the third voting round. 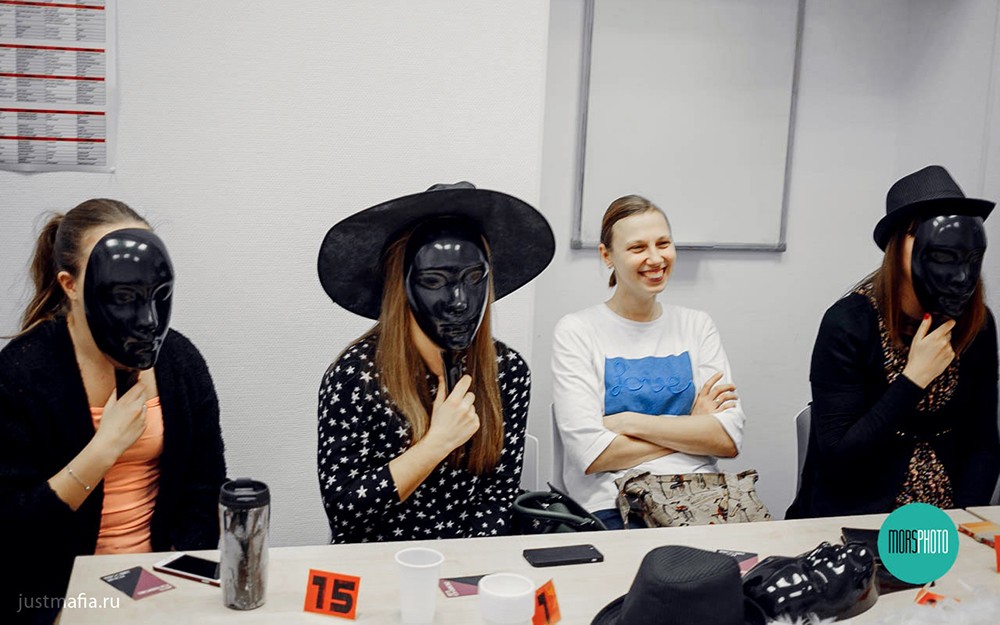 Kate (number 3) identified herself as a wave claiming she was kind and fun and didn’t mean to drown anyone around. Instead, she calmly murdered people at night being one of the mafia members.

The fourth player, considerate and sensible Daria, remained a human in the game to take all the advantages of the beach party. Sadly, she was shot by the mafia on the very first night and had to watch helplessly how mafiosi gradually took over the innocents.

Alexander (number 5) was a real fluent speaker. It was not only his ability to say more than a hundred perfect grammar constructions in a minute that made him a remarkable player. He has also turned out to be a successful maniac shooting two mafiosi in a row. Disguising himself as a life guard he has collected a few votes against him but managed to stay alive till the game was over.

Ivan (number 6) was another suspicious person. His cupcakes bounced, a few girls wanted to execute him several times because «his behavior was strange» and one of the exposed mafiosi even pointed at him saying he must have been a doctor. Nevertheless, Ivan survived and, being a doctor indeed, even saved Alexander the maniac on the third game night. 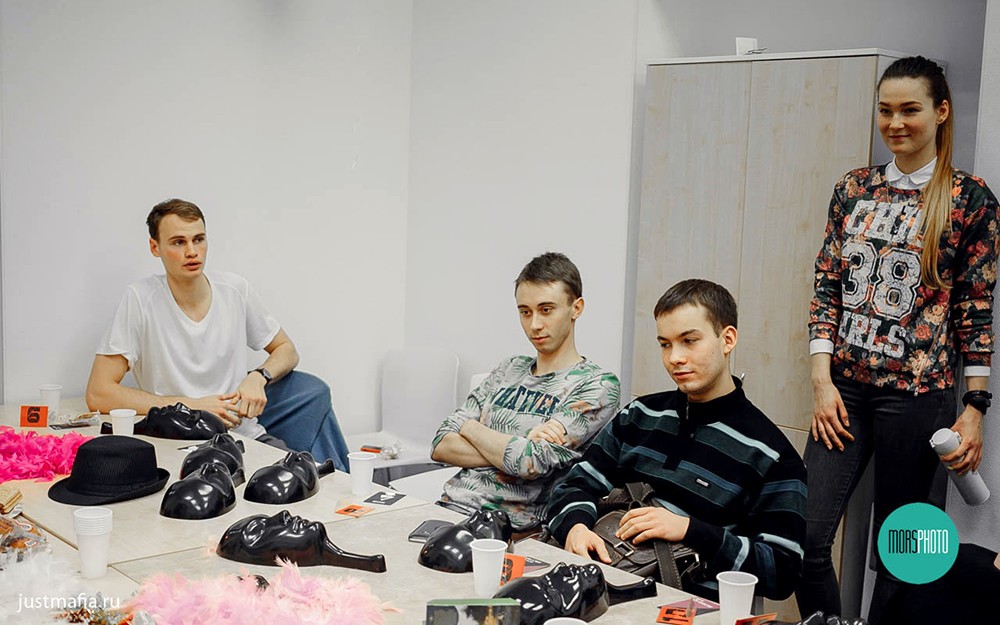 Player number 7 said she was a monkey named Mary. She was nearly killed by accident on the first game night due to a misunderstanding between the maniac and the moderator, but Yaroslav the assistant timely pointed out the misinterpretation of numbers and Mary was kept alive. She made a decision to be friendly and not to vote against anyone but it didn’t help her outsmart the mafia. As a result, innocent Mary was shot on the second game night and there was no mistake in that.

Alexey (number 8) wished to be a swimmer. He was probably inspired by Kate the wave because they both belonged to the clan of mafia. Alexey was the first mafioso to be revealed by the maniac and the one to name the doctor to his partners in crime.

A person we could see enjoying snacks and drinks at the beach bar was Denis (number 9). He was lucky to get a card of the detective and to track down two mafiosi in three nights. For some reason, Denis wasn’t active enough to convince his teammates to vote against his suspects and mafia eventually won due to its numerical advantage.

Tanya (number 10) added some green attitude to the atmosphere thanks to her outfit and occupation. However, her fluent English and innocent dream to be a party hostess couldn’t fool the eagle-eyed maniac and after the second night slightly surprised Tanya left the game. 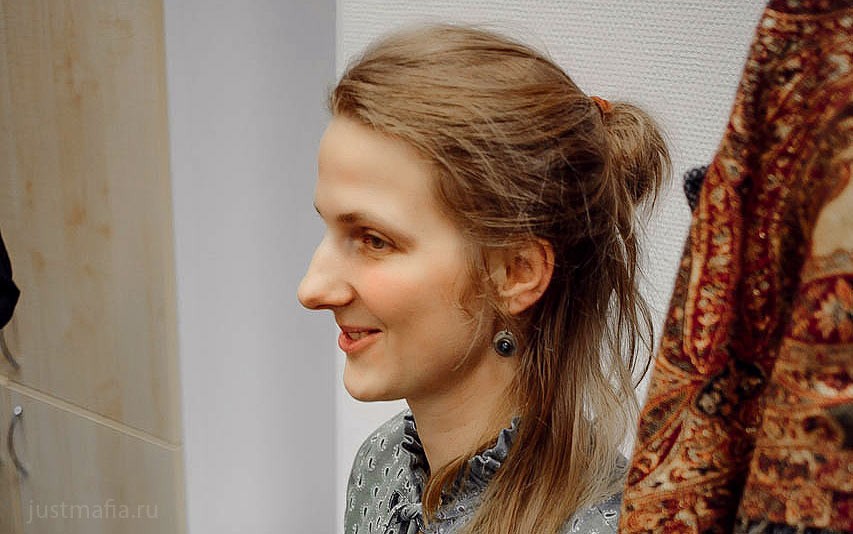 Errr… Are you sure?

Marina (number 11) was a human drinking cocktails by day and pulling the mafia strings at night. Yes, she was the don of mafia and handled her job just brilliantly. She has always been careful to approve or reject the victim chosen at night and didn’t raise much suspicion during the daytime (except those from the modest detective).

Next to the don of mafia there was a sea of champagne named Irina. She has obviously made a mistake by being the first to nominate a candidate for voting on the first game day. The following players nominated two more candidates but Irina gathered the majority of voices during the voting. The bad news was that she was innocent but there was good news as well. The other nominated players were the doctor and the detective, so this choice seemed to be the best of a bad lot.

Kate (number 13) introduced herself as a bartender, but in fact she was the last of the five mafiosi. She has kept her poker face all through the game and has never been suspected until the last day voting. There were 7 players left with 3 mafia members among them. The city had no right to make a mistake, the innocents should have executed a mafioso. After all the players had shared their opinion, two candidates were nominated: Denis the detective and Kate the mafioso. And the city executed its own detective — that’s how convincing the mafia was!

Julia (number 14) was a dancer in real life, but imagined she was a DJ in the game. It’s unclear whether it was due to the unsuitable music she played on the beach or because of the sly maniac whom she suspected, but the city executed Julia on the second game day. Well, maybe this city was just meant to be criminal. 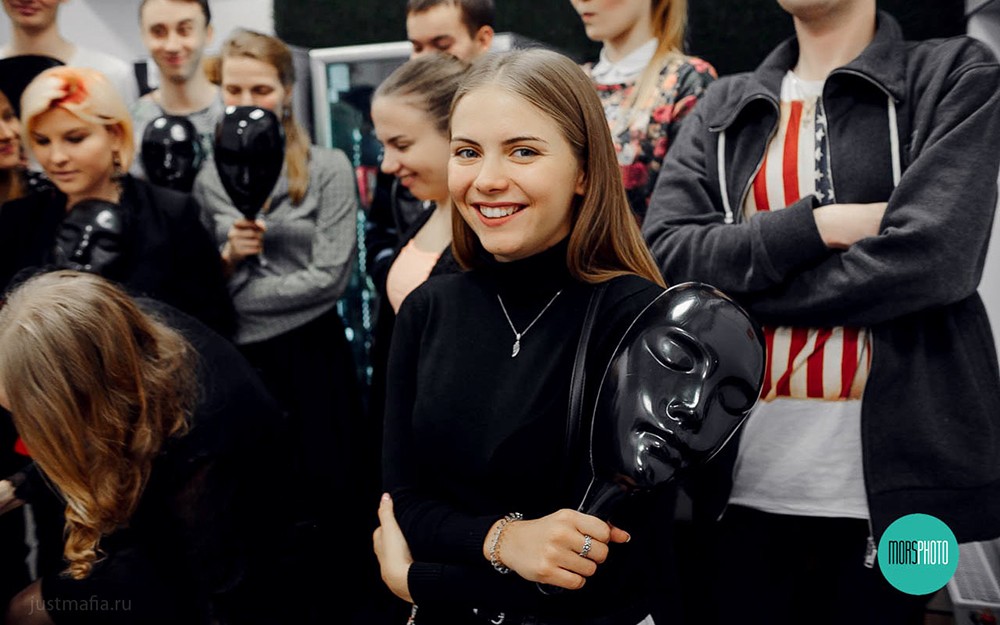 Executed but not discouraged

And even conflict manager Ksenia (number 15) couldn’t help innocents to triumph. Her reasoning lead the maniac astray and he stepped on the innocent Ksenia’s sand castle on the third game night, thus giving mafia a chance for a victory which they gratefully took.

Whatever happens, do not forget the motto of our game: «be more emotional if you don’t want to be killed!»

…and try to convince us

Beware of Mafia and stay tuned!